You can’t find a better preaching model than Jesus. You’ve probably heard that before. It’s tempting to dismiss the statement as just noise.

But it’s true. Take some time to read through the Gospels and look at Jesus, not just as the Son of God and the Savior of the world, but as Jesus, the preacher. People responded to his preaching in a unique and powerful way.

So what did history’s greatest preacher do that made him so good? The answers are many, starting with the fact that he was God in the flesh. He also understood people like few others, knew the Scriptures inside and out, and probably had a great sense of humor.

I think there’s something else that made him a standout as a preacher though—he engaged multiple senses when he taught.

Jesus was a multisensory preacher long before anyone had used the word. In fact, Jesus simply did what God the Father had been doing for centuries. For example, God sent a flood to teach about judgment and had Hosea marry an adulteress woman to teach about his faithfulness. 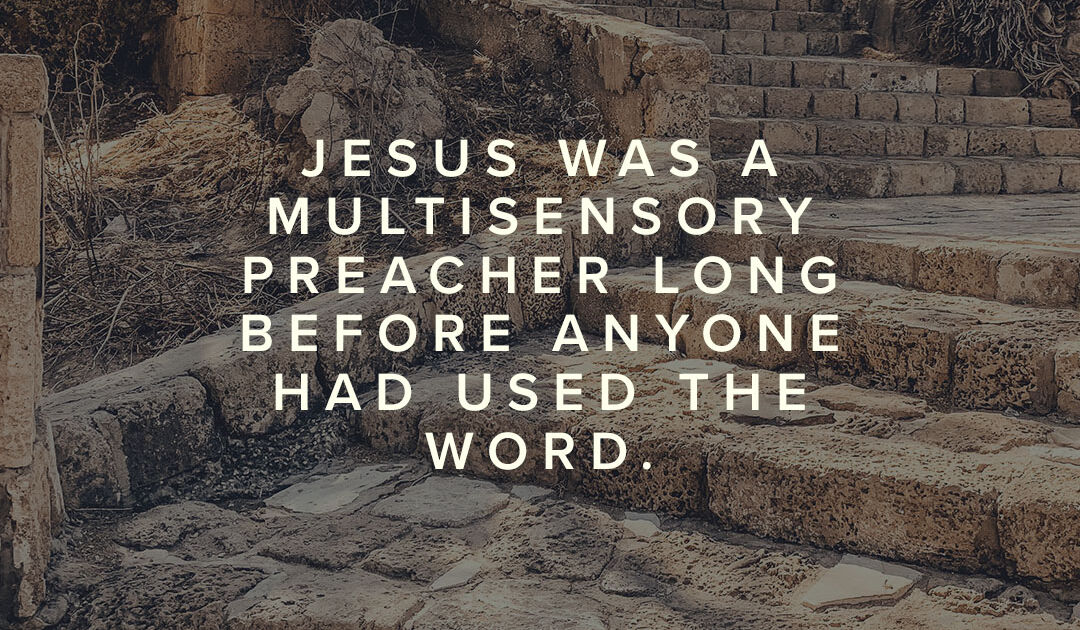 “Few teachers relied on the power of multisensory teaching any more than Jesus,” writes Rick Blackwood in his post, Multisensory Preaching and Teaching: Do We Have Permission? “What we are seeing today in terms of multisensory teaching is not so much a revolution as it is a revival. Jesus used vines, branches, coins, water, wheat, wheat fields, children, and all sorts of visual aids to graphically communicate divine truth.”

Why Preach to All Five Senses?

Even putting aside the model of Jesus, multisensory preaching is critical for today’s teachers. Never before in history have the people you’re preaching to been so deluged with sensory information. They’re on their phones an average of five hours each day. They are consuming movies and streaming television shows. In an era where diversity has been climbing rapidly even in the most rural reaches of North America, the average person is being introduced to more different tastes and smells than ever in the history of the world.

Yes, you can still reach people today just limiting yourself to an auditory connection. But there’s no question you’ll reach more by expanding your repertoire a bit.

One of the reasons many preachers don’t engage all five senses when preaching is that’s not how they are coming to the text in the first place. The Bible must engage your senses before you engage the senses of others. 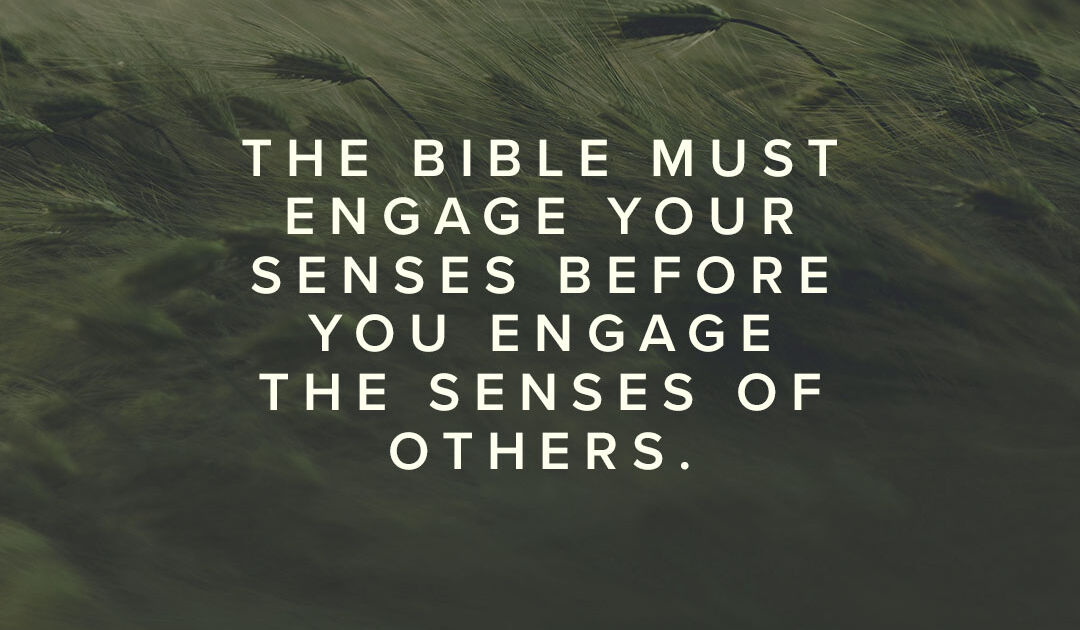 Ideas for Preaching for All Five Senses

Part of the reason we struggle to preach to all of the senses is because we run out of ideas. You probably have more on your plate each week than simply preparing sermons. Another reason is that we’re in ministry contexts where preaching in styles that engage senses other than listening may be frowned upon. I’ve compiled a short list of crawl, walk, and run ideas for each sense. Maybe they’ll generate even more ideas for you.

As preachers of the powerful, priceless message of the gospel, we must commit to doing all we can to communicate in a way that resonates with our audience. Part of that effort is learning to lean on all five senses as we share the good news.